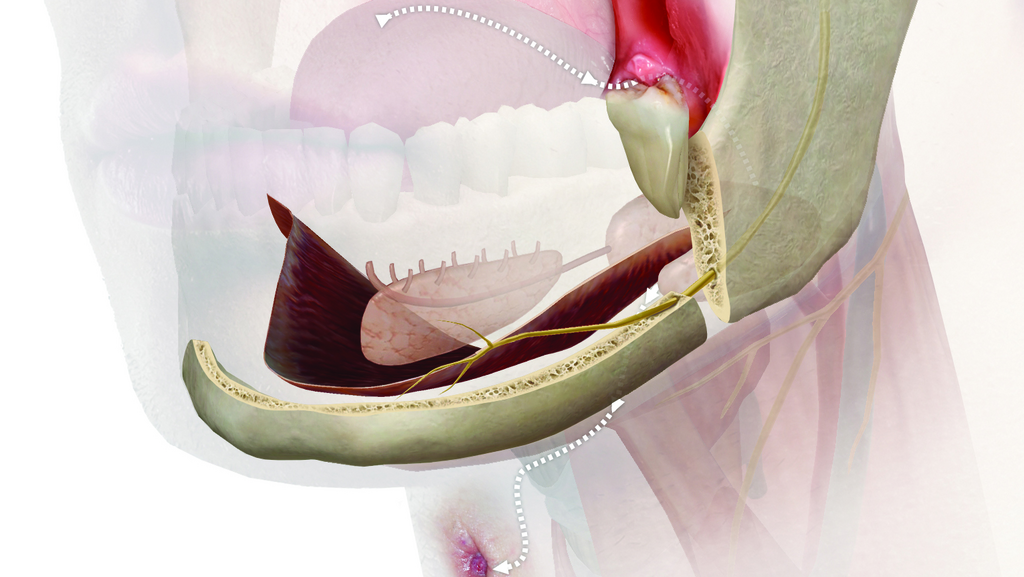 A surprising cause of a neck fistula

A 24-year-old woman presented with trismus, which had left her unable to open her mouth beyond 1 centimetre. It proved to be a pericoronitis with lingual swelling in the region of tooth 38. The trismus disappeared after removal of the 38. After a week, however, a submandibular swelling occurred. From this, an orocutaneous neck fistula developed from which a hay stalk was removed. In retrospect, the hay stalk ended up under the operculum of tooth 38 after eating meat cooked in hay, the stalk next made its way to the neck.