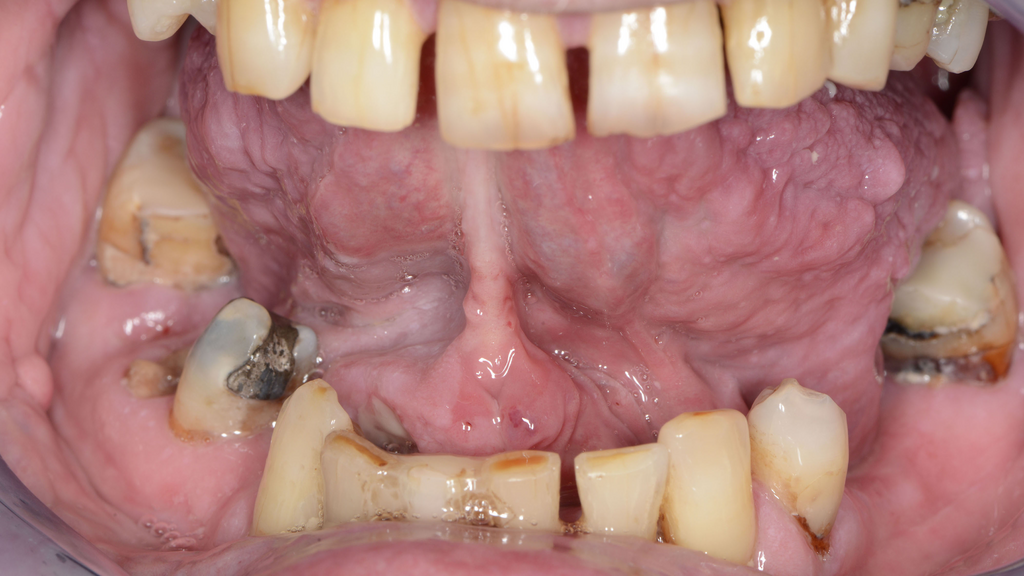 In patients with a new squamous cell carcinoma in the oral cavity, factors were investigated that determine the time interval between the occurrence of the first symptoms, the diagnosis and the start of treatment. Status research was conducted on 87 patients who were diagnosed in 2017 at the department of Oral and Maxillofacial Surgery at the Radboud university medical centre (Radboudumc), Nijmegen, the Netherlands. Patients were asked about the length of time between the appearance of the first symptoms and their visit to the dentist or general practioner. Especially patients who were not registered with a dentist waited on average 2 months longer, the most important reasons being that they thought it would solve itself and treatment anxiety. It was concluded that in the case of a squamous cell carcinoma, patients who are not registered with a dentist, are more often toothless and present later with a larger tumour than patients registered with a dentist. Training on recognising the first symptoms of squamous cell carcinomas in the oral cavity should be intensified among dentists and also general practitioners, dental hygienists and dental prosthetic technicians.