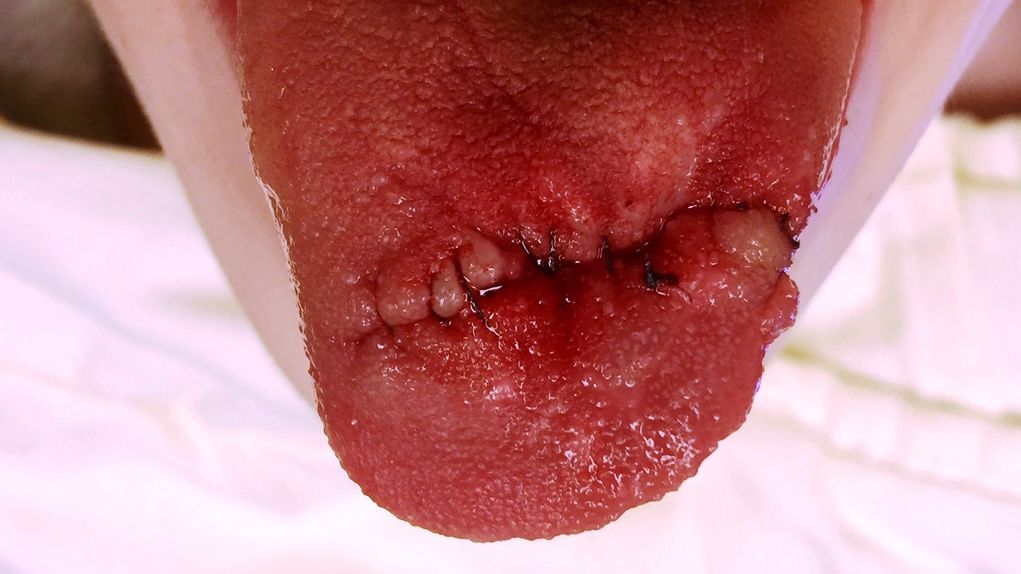 An 18-year old woman was referred to the department of oral and maxillofacial surgery with 1 to 2 week episodes of tongue ulcerations that had lasted for a year. Food intake was limited due to pain, resulting in a loss of 10 kg during the previous year. Following a clinical diagnosis of ‘aphthous ulcers’, she was treated with tetracycline and clobetasol mouthwash, which had little effect. An injection with triamcinolone acetonide did not prove effective either. Some time later, the patient reported at the emergency department with a deep, ulcerative wound to the tongue with characteristic features of bite trauma. She said she had consistently worn her protective mouthguard. The symptoms suggested self-mutilation. The patient was admitted to a psychiatric department, where a diagnosis of anxiety disorder and self-mutilation was reached.