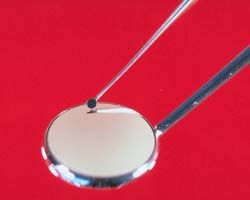 Twenty five years ago patients with unsuccessful root canal treatments and complaints about pain were generally referred directly to an oral surgeon for apical surgery. Since then, much has changed in the treatment of these difficult or failed endodontic treatments. First, from 1996 it became financially attractive for the general practitioner to carry out root canal treatments because remuneration for them was more in keeping with their worth after the national health system disappeared in the Netherlands (in 1996). A second important development was the appearance of the dentist-endodontologist as a distinct oral healthcare professional who, due to his greater knowledge and improved technology is able to carry out corrective treatment on unsuccessful root canal treatments in a non-surgical way with a good chance of healing.